This past week, I was privileged to facilitate a 5-day kaizen event at the San Mateo Medical Center in San Mateo, California. This was the last of 4 such events focused on reducing expensive (and risky) admissions of CHF (congestive heart failure) patients to the hospital. The events have been funded by the California Healthcare Foundation and the California Safety Net Institute. In our final event, we made a concerted effort to reach out to two of SMMC's clinics, where it is often difficult for CHF patients to get follow up appointments after being discharged from either the ER or the hospital. One of the clinic's doctors graciously agreed to participate in our event for an entire day, but asked for a briefing on lean healthcare before attending. She had not been able to attend the short introduction to lean healthcare that we deliver on Day 1 of each kaizen event. Here is the email that I sent.

Dear Doctor __________,
I would be happy to answer any questions you might have about the "lean healthcare" concept when we meet tomorrow morning. In the meantime, here is a very short introduction to lean healthcare from the perspective of the history of management thinking.
Of course, the lean concept originated at the Toyota Motor Company and it is sometimes referred to as the Toyota Production System. This is an unfortunate name that conveys a misconception. Ultimately, Toyota's method has nothing to do with automobiles or with manufacturing. Toyota's methods all aim at one thing: finding errors and defects in any type of step-by-step process and fixing them in as close to real time as possible. For example, the clinical path for CHF patients is full of defects that we have identified and have been trying to fix over the past four months.
When Toyota thinks about defects, however, it thinks a little more broadly than we normally do. Normally, we think of a defect as a material outcome (i.e. what happened?) that does not meet some predetermined specification. Toyota uses this definition, of course; but it also recognizes another kind of defect, in which a temporal outcome (i.e., when did it happen?) does not meet a specification. In other words, to be "perfect" in a "lean" system in manufacturing or healthcare, the right things must happen and happen on schedule.
Toyota sums this dual requirement up in one word: value. A good example of value is ordering dinner for 8 in a nice restaurant. The food might all be materially perfect. But if it is not served to everyone at the same time, there is a temporal defect, and consequently poor value. We have all had similar experiences with our respective families. Mom's salad comes after her entre. Sister Susie's entre comes after everyone has finished theirs. And of course we often have to wait long after we are all ready to leave for the check.... Most industries, including healthcare, are like this restaurant.
Historically speaking, the lean concept integrates two streams of management thinking, one that originated in Bell Labs in the 1920s and 30s that became known as Total Quality Management and another that originated in Ford Motor Company in around 1914 that applied the concept of process flow and time studies to manual operations. Ford's idea was to make cars the way that Andrew Carnegie made steel (in a continuous process) by eliminating all types of waste from operations. Ford used time to measure flow.
It was Toyota that put quality and flow together in the timeframe 1948 to 1963, creating what we know today as the Toyota Production System or "lean manufacturing."
After the publication in 1999 of To Err is Human, the healthcare industry has been forced to pay considerable attention to the methods of quality (and safety) developed at Bell Labs. Meanwhile, as healthcare costs continue to spiral out of control (and access is further restricted to marginal populations), more attention is being paid to the methods of flow developed at Ford and perfected at Toyota.
Another way to put this is that, under pressure to improve its dreadful quality and it horrific cost (compared to other nations, especially), U.S. healthcare is moving from being a craft-based industry to being a modern knowledge-based or, in the unique phraseology of healthcare, evidence-based industry. Incidentally, all of Toyota's methods are based upon the rigorous application of scientific thinking.
The counterintuitive truth of the matter is that by focusing on quality and safety (First, do no harm), healthcare can decrease cost as well (Time is money). In other words, the two streams of management thinking mentioned above can be integrated. They are not in conflict, as many people still believe. Moreover, it has been shown in several implementations (Virginia Mason Medical Center in Seattle and Park Nicollet in Minneapolis are two major examples) that Toyota's management methods apply in a surprisingly straightforward manner to healthcare processes.
The result, after a lot of hard work, is reliable healthcare processes that are devoid of workarounds. Not only does this greatly improve quality it also reduces the amount of time and energy involved, and significantly reduces both the cost of delivering care and the risk of harming patients instead of making them better.
How good can it get with lean healthcare? Well, in many instances cost can be cut in half and quality rates begin to approach 100% (i.e., zero defects). Of course, this does not happen overnight. Also, zero defects, we mean zero defects in the clinical process. The clinical outcomes frequently depend upon the participation of the patient, over which we have some influence but no absolute control.
Can lean healthcare be applied in a clinic? Absolutely. My partner, Patti Crome, as Senior Vice President of Virginia Mason did it in multiple clinics sprinkled throughout the Seattle area.
I look forward to meeting you tomorrow. Thanks for making time for us.
Best regards,
Tom
Thomas Jackson, JD, MBA, PhD
Principal, Rona Consulting Group
Clinical Associate Professor, University of Washington School of Public Health
[m] 503.880.8622
[e] t.jackson@ronaconsulting.com
[w] http://www.ronaconsulting.com
transforming healthcare; pursuing perfection
Posted by Tom Jackson at 8:07 PM 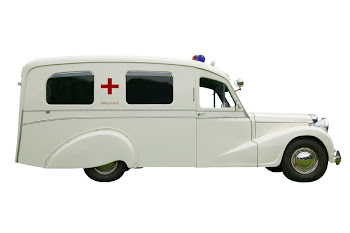 If you are just getting started with Toyota's philosophy, methods, and tools, we will soon launch a small web site, Lean Healthcare for Beginners, to provide you with essential background information.